My new book is out! You can get it here! 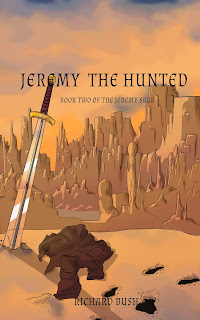 Jeremy and Taylor have now finished their summer break, started school, and are trying to live a normal life--as normal as life can ve for a pair of teenage strigoi. The police have been following them all summer, still suspicious about their involvement in the death of their friend Ashley and the other strigoi at the end of the previous school year, and there's no sign that they'll stop anytime soon.
Their nemesis Mobius is dead so they’re hoping to have an uneventful school year. Unfortunately, a new menace appears. A mundane has found a way to kill strigoi and has set his sights on Jeremy and his followers
At the same time Jeremy and Taylor have found a new friend who is dying of cancer. Can Taylor talk Jeremy into turning their friend into a strigoi to save her life? And how will they deal with this new threat?
Richard's main page

Richard's main page
I was watching a video and was going to post a link on fakebook. But I realized that if I did, I would probably receive another suspension! So I'm putting it here.
The Inconvenient Truth About the Democrat Party

I'm working on two more books, one the sequel of this one. If you haven't read this first one, what are you waiting for?
Poor Jeremy has problems. His dad has passed leaving him to work the farm and take care of his mom, he's got bully problems at school, and now he finds out just where all the vampire legends come from, the hard way!


Richard's main page
If you're seeing this blog in a frame click here to see it without the frame
Posted by Richard at 4:34 PM No comments:

Richard's main page
If you're seeing this blog in a frame click here to see it without the frame
Posted by Richard at 8:52 AM No comments:

Since my last blog entry a lot has happened in my life. My wife of 43 years passed away in January of 2017. A few months later I met a beautiful woman and I married her in October of 2017!

We have now purchased a new home, so we finally have a place we can call ours. 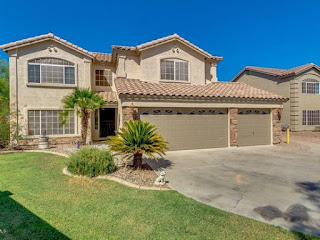 I haven't kept this blog up like I should since Fakebook and Twitter serve much the same function. But I'll try to do better.

Posted by Richard at 7:27 PM No comments:

I spotted this on Facebook. The link will take you directly to YouTube. I haven't tried it yet, but I will!

If you're seeing this blog in a frame click here to see it without the frame
Posted by Richard at 8:51 AM No comments:

How do we get our dream back?

I just finished a story by Martin L. Shoemaker called “Not Close Enough” in Analog magazine. It brought me to tears. Now think about what might have done such a thing. What makes a story, a fiction story bring me to tears?

I grew up during the space race. I watched as Armstrong stepped onto the moon, something I had dreamed about but never in my wildest dreams imagined we’d be able to watch it on TV! We were on our way. We true believers knew that space stations and moon bases were right around the corner. Mars would come soon, then missions to the asteroids and beyond!

Now forty years later NASA is a joke—a Muslim outreach organization! We buy trips to space from the Russians!

This story is about the stupidity of politically correct approaches to space exploration. It’s about characters that refuse to comply to the stupidity inflicted on them by a bureaucracy 20 light minutes away. (That’s millions of miles if you didn’t know.) And I found myself in tears. Why? Because we’ve lost the dream!

The shortsightedness of government and the “mundanes” has killed the dream. We should be on Mars! We should have colonies on the moon and at the LaGrange points. But we don’t—why? The irony to many of us is that other true believers support the very politicians that have killed the dream. They themselves are found to be short sighted, because they don’t get it. A welfare state can’t support a vigorous exploration program! Only a rich capitalist society can do that. We used to be that!
Hell! The Chinese are kicking our butts! They’re out capitalizing us!

We need a revolution against our welfare state if America is again going to excel in exploration again!

I am angry right now. I had forgotten the dream myself—or at least pushed it out of my thoughts for the mundane pursuits. But this brought it back, slapped me in the face with it. I cried because we have lost something bigger than all of us. We have lost the dream! Now how do we get it back?

Richard's main page
If you're seeing this blog in a frame click here to see it without the frame
Posted by Richard at 4:11 PM No comments: